Many of our higher priced In Stock New Bicycles are on already 20-30% Discounts as Lovingly Assembled and Upgraded so with the respective pricing AND the New Bicycle Purchase Bonus as an EXTRA Extra!!!

Click Here to See our New In Stock Bicycles

Now is the Time to get the Bicycle Serviced before the seasonal onslaught of Spring Tuneups!  We are happy to Service Bicycles NOW!!! as it better to have the bike READY for the season to beat the seasonal Rush and Crush to have the bicycle readied and perhaps Upgraded with our often Recommended Upgrades which make you want to ride more and help reduce wear and tear and otherwise help to virtually eliminate flats returning the costs repeatedly while remarkably enabling riders to Perform all to Multiply the Value of the Bicycle to the rider in addition to making having the bicycle READY to Go in any season all the more a GOOD IDEA!

Beat the Season Service Rush as we can Show the Love to the Bicycles Now before we get backed up as we historically do each season!

New Bicycles In Stock as Upgraded and Priced Out The Door with Sales Taxes as Included.

Our Upgrades by Recommendation which we generally install on virtually every New Bicycle we sell are the below featured Strapless Mini Clips so the rider may Bond with the Bicycle and not be bound to it enabling safer more effective more enjoyable riding with complete mental freedom to enjoy the benefits of foot surety and proper bio mechanical ball of the foot over the pedal axle benefits for optimal power transmission without the potentially detrimental attributes of other toe clips formats (foot ensnarement) so that you Bond with the Bicycle and are not bound to it, while additionally making you more relaxed as you are more in Control and Comfort to better Enjoy Riding!

We like to call them the Secret of Cycling as they let you comfortably balance at full stop with the ability to instantly remove your feet either right or left or both as ever needed enabling you to skid, balance comfortably and relaxed physically and mentally at a full stop, restart from the enabled control, hop up and clear, drop off Out of Saddle, sprint Out of Saddle without risk of foot slippage, shock absorb riding out of saddle at full speed to Ride Light through the higher speed surface chatter without wheel and tire damage reducing wear and tear and repairs now without resultant risk of foot slippage letting you put it to the bicycle and be able to leap off the bike instantaneously as required if ever necessary delivering command and control and optimal rider power transmission with the ball of the foot over the pedal axle enabling the stair master pedaling technique and associated optimized cardio exercise benefits additionally permitting the rider to better Enjoy Cycling and which in my over 100,000 mile NYC career were to help me to be Able to Learn to Learn to Ride as I never would have learned to as such before switching to them as I now was in complete foot sure control and free of the constant mental processing which continuously accompanies having ones feet attached by straps or clips, eliminating the need for special shoes as regular sneakers are all that’s needed, I can go on and on about them and regale them endlessly recounting my own experience and clientele reports back for All Riders, Young Children, Juveniles, Adults even Older Adult Riders who regularly advise me of their appreciation and satisfaction with something so simple and largely overlooked but which are increasingly being noted and appreciated for their benefits from a quite ever wider international spectrum of clientele as they give  my customers cause to recount to me from all quarters occasionally by phone calls weeks and even months after their acquisition As Recommended as Upgrades as they experience them for the first time ever on the New Bicycle Deals we do and or otherwise as on Tune Ups as an Upgrade augmented as Recommended with Satisfaction Guarantee to recount how they and their loved ones love riding bicycle the more and do so more enjoyably and effectively because of them!  These are our most common added value upgrade which come on most of the New Bikes we sell.  We install 100’s each year for well now 2 decades, I have used them since 1990 riding over 1000 miles/month as a NYC messenger over a decade and will never ride without them and enjoy bringing So Simple and overlooked an enhancement which has been around for over a 1/2 century yet were largely overlooked in concept as somehow it’s technical simplicity versus the overly formal foot restrictive formatting of the marketing aspect of the alternate toe clip solutions as have become common in the market place versus the more General, Casual Recreational Riders no less those who want to ride a bit more rambunctiously as those of us who Love to Ride occasionally do in addition to those who otherwise have been averse to ever using anything otherwise having never seen or tried or had them Recommended in any store through all the years and as a result never experience the potential of having proper Stair Master pedaling technique and may have never ever even ridden a bicycle properly for the benefit of them to so effectively Bond with the Bicycle without being bound to it and for which I extend the extra measure to promote them as appreciated through my own riding experience.

They securely position your feet optimally over the pedal axle and keep your feet from slipping off and as you can see are just SO SIMPLE!

Some of my customers have tried them on rentals while in Europe and appreciated seeing them and having me Recommend them and picked up an extra pair for their mate.  I go on and on about them obviously and do so here and there in this my business website and will continue to do so as they are the little secret so overlooked as per above and below.

Stop Flat II Tire Puncture Protection Liners are generally installed as additionally Recommended Upgrades on Hybrids, Folders, Road Bikes and Ebikes by wheel type and tire variety and can be otherwise opted for on the alternate less flat vulnerable generally knobby tire bikes and can optionally otherwise be opted for to have installed on virtually any and every bike tire format which we sell.

Whilst riding my 1000 miles per month now as a 120psi fast tire equipped Road Bike rider I was typically receiving a flat every week or two which one might say was an average of around 40 flat tire per year yet having already managed and worked in various bicycle shops on both coasts and having purchased and reviewed every bicycle magazine of the period and reading of such a product at the time I purchased them and installed them and went overnight to a flat every 3 or 6 months perhaps 4 flats per year now such that now instead of fearful anticipation of such inconvenience and aggravation I never ever worried about flat tires again saving around 360 flats over the 10 years for which I rode over 1,000 miles per month essentially saving me personally more $$$ than I have ever spent on bicycles for myself in my life not to mention the inconvenience aiding me to ride yet again with greater confidence enjoying the breeze so many months after months laughing at even the enormous cuts I might get on my extra durable high performance high pressure Road Bike Tires to not feel the tire thumping after such an enormous cut and only discover the occurrence upon locking up the bicycle and looking at the moderately gaping tire with the color of the liner smiling through at me and to have not even received a puncture!  I typically could ride such a tire and skid it out having fun til the tread began to become distorted and replaced finally typically 1000-2000 mile after the initial condition had been observed thereby getting my last nickel out of the tire!

We have priced many higher priced models at nice discounts which go as Upgraded, Priced Out the Door with the as priced In Stock Store Credit Purchase Bonuses!

Get a better Model NOW at the Discounted $$$$

Click Here to See our New In Stock Bicycles 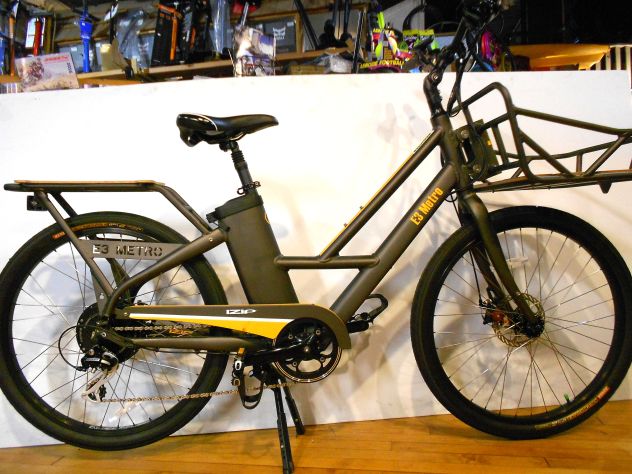 OUR BEAUTIFUL SHOP ON MOUNT VERNON AVENUE COME ON DOWN!

Come on down as our In Stock New Bicycle Selection is the best we have ever offered Now On Sale most of our New Bikes are In Stock and posted here to our website so Take a Look Come on Down and grab one of our awesome New Bicycles! 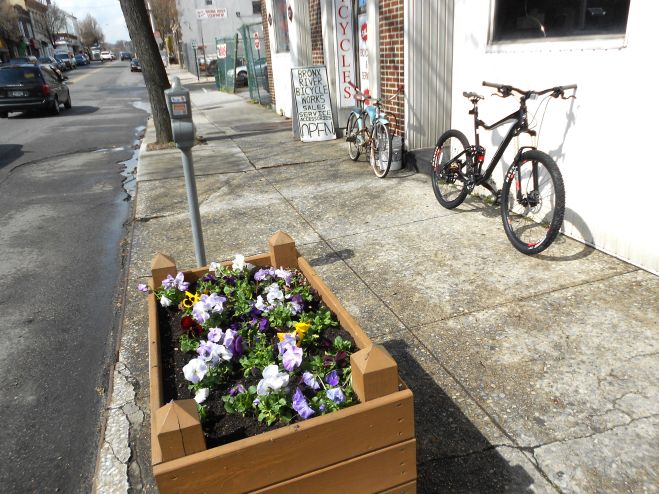 Spring was Springing at BRBW!

Our Biggest most Beautiful New Bicycle Inventory Ever!  Almost every In Stock New Bicycle comes with our Awesome Upgrades some models come with one or more of these as Included such as the Alloy Pedal with Strapless Mini Clips as below featured.

The Nylon Strapless Mini-Toe Clips which let the Rider Bond with the Bicycle without being bound to it! 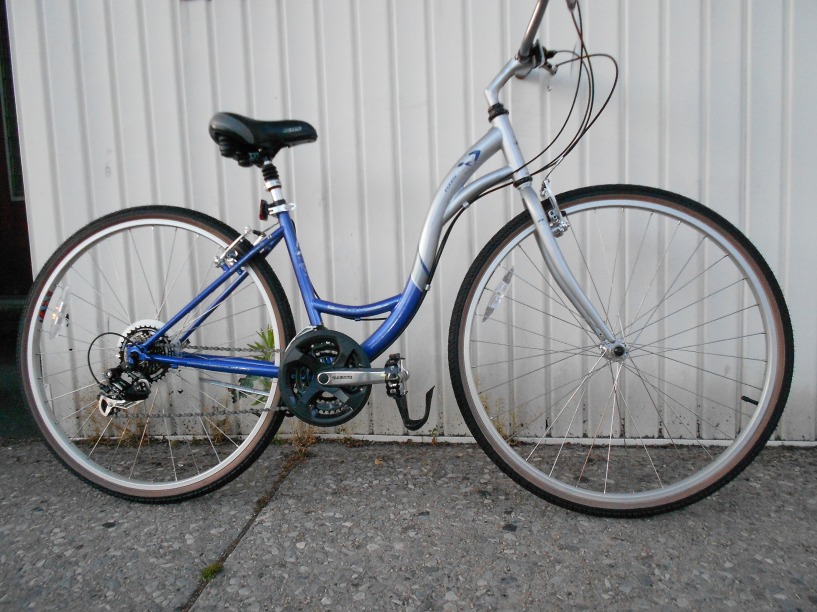 The Ladies Love them and tell me “they never have ridden so effectively nor so enjoyably!”

One Father stated his son loved them (The Strapless Nylon Mini-Clips) so much that he wouldn’t get off the bicycle for an hour and a half, not even to play with one of our other wondrous products such as the Aerobie Sprint and Professional check out our TOYS Pages…next pics

All of the Above Superflight Toys are Awesome but the Sprint and Professional Aerobies fly like no other Toy in the World, I tell people they can Pay for College and they tell me they have used them upon my recommendation for 6 years bringing it to Europe and back one Gentleman told me he played each and every day all day on of the 10 days with his son since he bought it while I fixed the bicycle and that it is the best thing he has bought in a year!  A truly scientific toy which you learn something every time you throw or read its flight and is an excellent exercise motivator, does not scratch cars nor break windows, is easy to throw and catch and is FUN!  That’s probably why I have sold thousands in the past 3 years alone!  Affordable FUN which pays for itself in just a couple afternoons play if you don’t loose it in the Ocean or Trees!  Fun, Exercise and MORE Fun and Exercise! I tell people it’s the Greatest Toy in the World!

An early pic of the Shop Year 2 on location. 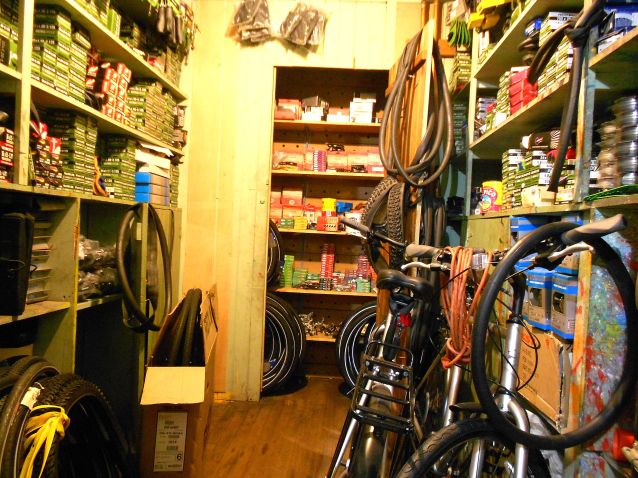 From the Shop Side looking towards the Entryway, Lots of Everything! 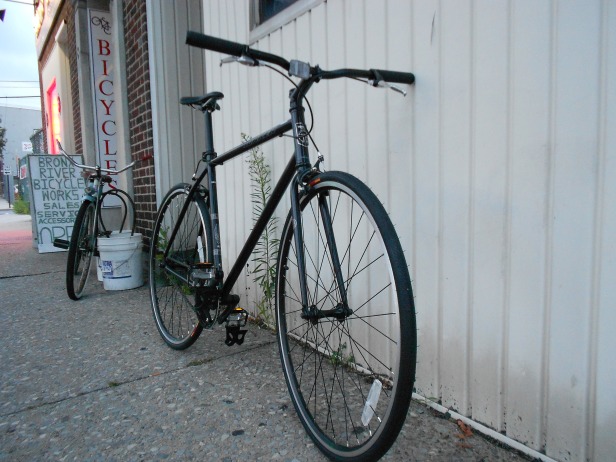